Hum, fly etched in the urinal, ah, must be Schiphol 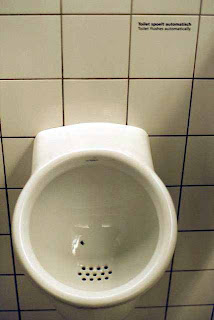 Been an interesting month or so, on June 15th (the weekend before the ‘dry lightning’ and the subsequent fires in NorCal) I was with daughter and her SO seeking a Geocache upon Sanhedrin Mountain near N 39° 30.00 W 123° 05.00

Funny thing, the cache was hidden in some rocks like this 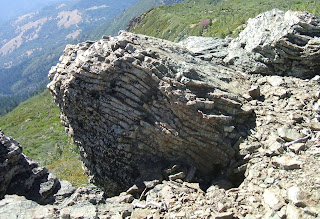 according to the geology textbooks this type of rock is laid down in layers of sediment far out in the ocean at depth, is then subducted or otherwise compressed and heated – then bent – and then somehow ends up sitting at 7000’ elevation atop much younger rocks – things that make you go - humm…

On the ride up came across two bear cubs wrassling in the road - about the time we realized what they were, momma came charging from the high side of the road yelling "get off the road, you idiots!" and swatted them down the hill following right after them - and its not a minor slope!

while discussing bear hair color, I remarked that the local brown bear comes in a range from almost black (the cubs) through reddish browns (mama was a brown) to almost a blond (which got the "no way" response) on the way down we startled a almost blond surfer dreads bear with darker 'handcuffs' that was much closer than I'd care for while we were parked at the summit 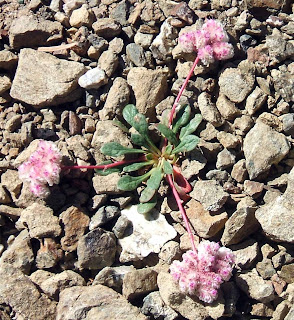 These “Pussy Paws” were starting to bloom 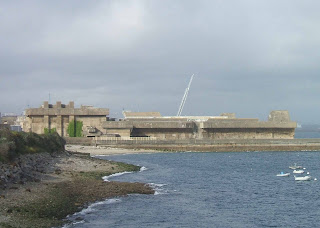 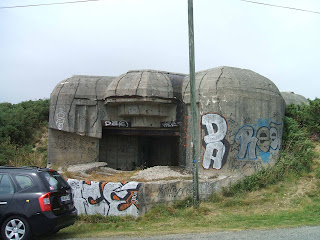 Then finally several days of vacation 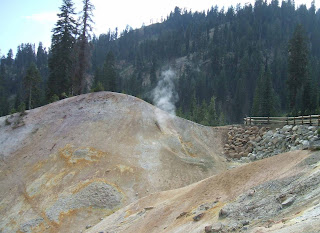 Went to Lassen and smelled the SO2 vents 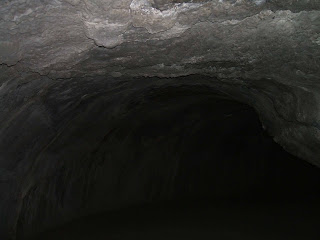 Walked through a lava tube 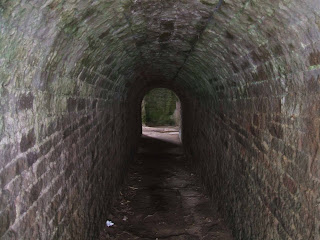 - wait, that last one was from the light house neat Brest 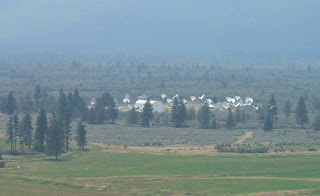 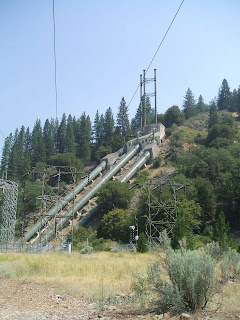 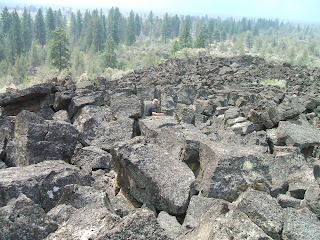 And ended up the day at a fish hatchery 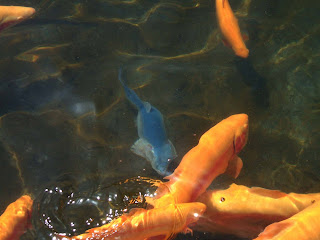 Wait, where did that blue one come from?
Posted by OccamsEdge at 23:36 No comments:

In the past two months I’ve spent time in the Temple Complex (as close as they let us infidels get) and had lunch in Brigham Young’s house that he built for his affectingly termed ‘heffers’ er, that would be in today’s PC world “alternative polygamous fundamental LDS life style” er, his many wives. Good lunch, no ice tea or coffee though…

As a self identified “Rational Anarchist” I really don’t give a whit how consenting adults chose to live, but I would like some consistency in descriptions and reporting - and for the sake of many I won’t delve into the just the first order logical contradictions at this time and move along, I will note the place is “squeaky” clean – even the underground garage was ultra clean, and no I didn’t’ notice all the suits with clear curly tubes in their ears, no, not at all

Then spent some time at JSC and by pure accident managed to log about 30 seconds in the old Apollo/Skylab mission control Flight Director’s seat - ultra old techno geek high!

Just returned from a week in Brest France – nice place, only a few buildings older than 50 years or so beyond the old fortress or lighthouses – and of course the infamous U-Boat pens prominently featured in the great film “Das Boot” along with random pill boxes and other fortifications that are only “around the corner”
Posted by OccamsEdge at 21:20 No comments: