aside from the absurdity of spending 6 Million to save 2.5 Million over 25 years, the effective life of the panels is 10 years with effectiveness decreasing every year after.
Posted by OccamsEdge at 16:19 No comments:

in case you missed out on the fun the youtube link below did show the now infamous 10:10 exploding skeptical children, office workers, "footballers" and Gillian Anderson with Radiohead music

Wattsup
Posted by OccamsEdge at 16:55 No comments:

Don't know what to say

Posted by OccamsEdge at 18:08 No comments:

Until the advent of reasonably priced Serial Digital Interfaces (SMPTE252M or CCIR601) in the early 1990's the common practice in television facilities was to use 75Ω cable with (lower cost) 50Ω BNC connectors, at the frequencies of a composite (<7 Mhz - at best! very little above 3.58Mhz from most tape formats) analog video signal (SMPTE RS170A) this impedance mismatch was not a concern even in the most convoluted signal paths. For example a typical video signal could originate from a camera (as separate R,G & B) combined in a "NTSC encoder" which outputs a single coax which would then go to a patch bay (Jack field) then to a distribution amplifier (DA) then back to the patch bay then to a router (video routers are a different beast entirely than anything made by CISCO) back through the patch bay then through a production switcher - out of the switcher back through the patch bay then to a processing amplifier out of the proc amp back through the patch bay, router, patch bay and then a tape machine with perhaps as many as 50 or more (34 in the above example) BNC connectors in the signal path.

Once SDI (270Mbps) and then HDSDI (1.39Gbps - High Definition video - 720p & 1080i - SMPTE292M) and now 3Gbps (3D and 1080p) became the standard it was quickly apparent that the old practice was no longer viable and the conversion of miles of plant cabling became necessary.

It is important to understand how to tell the difference between the two connectors as connecting (some) 50Ω connectors into (some) 75Ω can deform the center conductor - as the "female" side of the connector the most susceptible to damage and is most often on the device and not the cable, replacing the damaged connector requires removing the device from service and placing on a bench in order to replace it.

the easiest way to tell the difference is to look at the "inside" of the mating area, if you see a white ring around the center (female) conductor or a white ring inside of the outer conductor (male) you're looking at a 50Ω BNC - 75Ω connectors lack this dielectric. 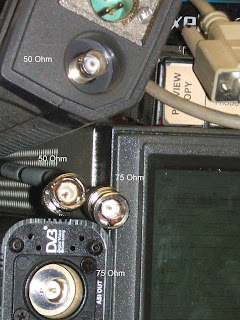 some typical BNC examples (as all pictures 'click to enlarge')
Posted by OccamsEdge at 10:25 No comments:

after a long hiatus, mostly due to work demands I'm attempting to resume more regular posting.

the past 18 months have been a blur for both a political and personal reasons - added to long hours on a keyboard - without internet access is not conducive to then picking it up during the little down time.

This past year I've been in France, way too much time in LALA land and recent ongoing work at various locals 'south of the border' as well as road trips - flying commercial is such a joy these days, if its within 700 miles and I have to carry my usual kit it has become much less stressful to drive - and please for your own sake don't get me started about late, canceled, and/or overbooked flights, recently checked in to a flight from BDL back to SMF on a Thursday afternoon - I made it home Saturday - and I'm platinum on that carrier
Posted by OccamsEdge at 14:07 1 comment: 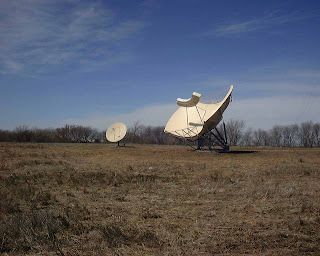 if you're in the northern hemisphere the satellite dishes point south 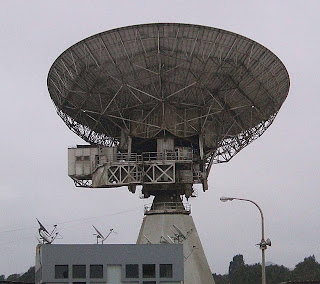 when they point straight up, they're either not working or your near the equator 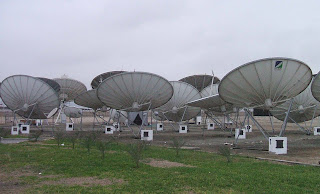 Can we get some cleaner for that? 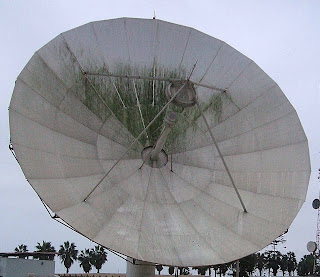 long time since last post - more rants and observations to come soon
Posted by OccamsEdge at 21:39 No comments: